The EPA took responsibility for the toxic spill into the Animas River and the San Juan River, which took place on August 5, 2015. Though they did not report the incident until the day after the spill, on August 6. Leaders from New Mexico, the Navajo Nation, and Colorado all declared a state of emergency. FEMA however has had a lackluster response to the situation, they have not adequately aided the Navajo Nation.

A representative from the Navajo Nation chastising the EPA for sending dirty response to the situation.

The systematic abuse of the native peoples of this country should not be ignored, the Navajo Nation has had to endure radiation poisoning during the mining of Plutonium prior to the 1950s, they have also been endangered by dirty coal mining for decades, and now they’ve had their drinking water contaminated by an incompetent EPA. Due to the Gold King Mine spill, poisonous elements such as radioactive cadmium and lead, as well as traces of arsenic, were leaked into the Animas River and San Juan River which are very important rivers in the eastern portion of the Navajo Nation.

FEMA should be appropriately aiding the Navajo Nation which is now suffering from, not only a massive economic and environmental issue, but also a cultural one as well. The Animas River runs through the extremely culturally relevant Aztec Ruins National Monument from the Ancient Pueblo prehistoric culture, as well as the modern lands of the Navajo modern culture and the Ute modern culture. The Department of the Interior report places the blame squarely on the EPA, meaning that the United States Federal Emergency Management Agency needs to respond to the error made by a Federal Agency, and they need to protect the citizens of Northwestern New Mexico as well as those in the Navajo Nation.

One of the mammals that survived the dinosaur apocalypse, hid out in New Mexico?
Los 15 Grandes De Nuevo Mexico 2015 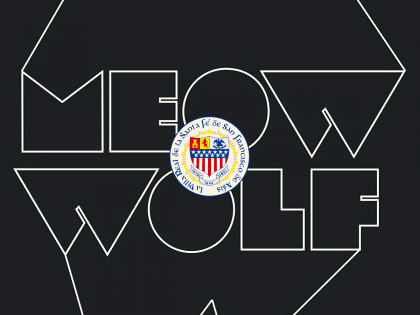 Some pics from Mario and Isabel’s recent trip to Meow Wolf in Santa Fe.

Dedicated to the diverse culture of New Mexico, everything from Al Hurricane to Zía.